We're All Bozos on this Bus Part 1 of several parts 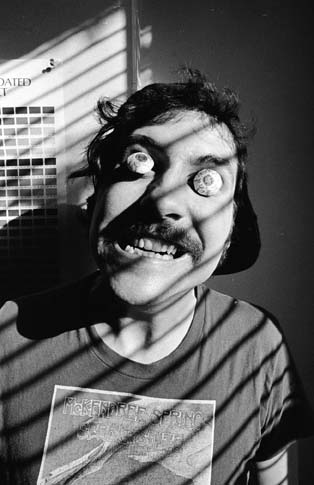 Fuck it, I'll just write stuff that I think of.  Stream of consciousness or Islands in the Stream (a friend brought this song up yesterday after telling me she walked out of a Kenny Rogers concert. Walked out; hell, I'd a never walked in) doesn't matter, I'm sure I'll lose you at some point.

I want to tell you about how I got into the whole music biz but: has there ever been a more sure way to bore people to death?  Do you have a death wish? Maybe just a little bit?  Latent, needing a slight nudge?  Well then maybe I'm your huckleberry.

I was very young as child.  In fact, I was the youngest of 5, so I'm always the youngest.  You babies of the family know what I mean.  The One They Avoid. The punk.  Pariah. Marked for life with a target on your back (they love catching you from behind) never to grow up.

6 years old and I'm locked into a school bus- every day for the next 10 years.   We were always the first ones on and the first ones off.  This was great for after school but it meant mounting those bus steps long before the sun came up. In the winter it would take half the ride till it was light enough to read my book.  Doggie Palmer was our bus driver.  Sounds like a rapper, right?  Well the only thing Doggie played was the radio.  As in Top 40, AM, Detroit Motor City Motown.

Now that may not sound like much in today's world with everyone plugged into a phone or pad listening and watching more content than what even existed when I was a kid but in 1963 the radio was a lot of input especially for an impressionable mind like mine.  I always was wanting to know what where and why (no one ever answered- I quit asking) and here was a device pumping the same noise at me every single day. It seemed to know everything.

It got into my head.

The Supremes, The Temptations, Gladys Knight and the Pips, The 4 Tops, Terry Jacks and the Poppy family (look it up) Mashmakhan, Mitch Ryder, The Rolling Stones, The Osmonds, Donny Osmond, Donny and Marie Osmond, The Kinks, the Animals, The Beach Boys and The T-Bones and the ever-loving f-in Beatles.

These bands and songs played in a continuous loop with an occasional "Oldie" thrown in for spice, say something like The Lion Sleeps Tonight or Leader of the Pack, songs that were maybe of 3-5 years older than what were on the current hit list.  Week by week the songs shifted.  Some got more airplay, some got less until after a month or so it was an all new hit list.  The change would be subtle and with them pounding you every day the change wasn't noticeable.  Until...

There I was, trapped in This Vortex of sound which basically is a 50 foot test tube on wheels.  The Beatles blow through the world, they conquer the school bus radio and suddenly they own the Top 40.  The top 5 songs on the hit parade are all Beatle songs.  I even Googled it to get the exact week: April 4, 1964.  This is squarely in my 2nd year on the bus, my audio defenses have long since been obliterated and even Jimmy "Fuzzy" Ferguson (made up name) in the back of the bus is singing his version of I Want to Hold Your Hand.  For reasons I was too young to understand Jimmy substituted 'pee pee" for hand.  I guess everyone got inspired.

Leave a mark?  Hell, it's a wonder I ever opened a book again.  There were rock magazines that would appear and I read all of those but that is for a later chapter.

In summary, wash rinse and repeat for the next 10 years.  Total indoctrination by the Corporate Music Machine.

And the hits just kept on coming.

I am telling you this today simply to explain my affinity for music in general and early Top 40 in particular.  I see the school bus event as the original primordial influence of my relationship with organized sound. It seems a common belief that people view certain talents in some strange light where they act as if a person is automatically 'gifted' or even worse, 'blessed' with whatever strange talent they exhibit.

I feel no such connection to these blessed, gifted or talented people whoever they are, real or imagined.

My connection is to the lab rat.  He's done nothing wrong.  He goes about his day in the way he's learned best how to do.  He works to get that food pellet and the occasional piece of cheese.  He has neither fault nor virtue.  He is a rat.

He just happens to be in a certain place at a certain time that coincides with the experiment that achieves an X + Y = Z result.

That pretty much sums up my first lesson in music.

I am not the cheese.