Waiting for the Man 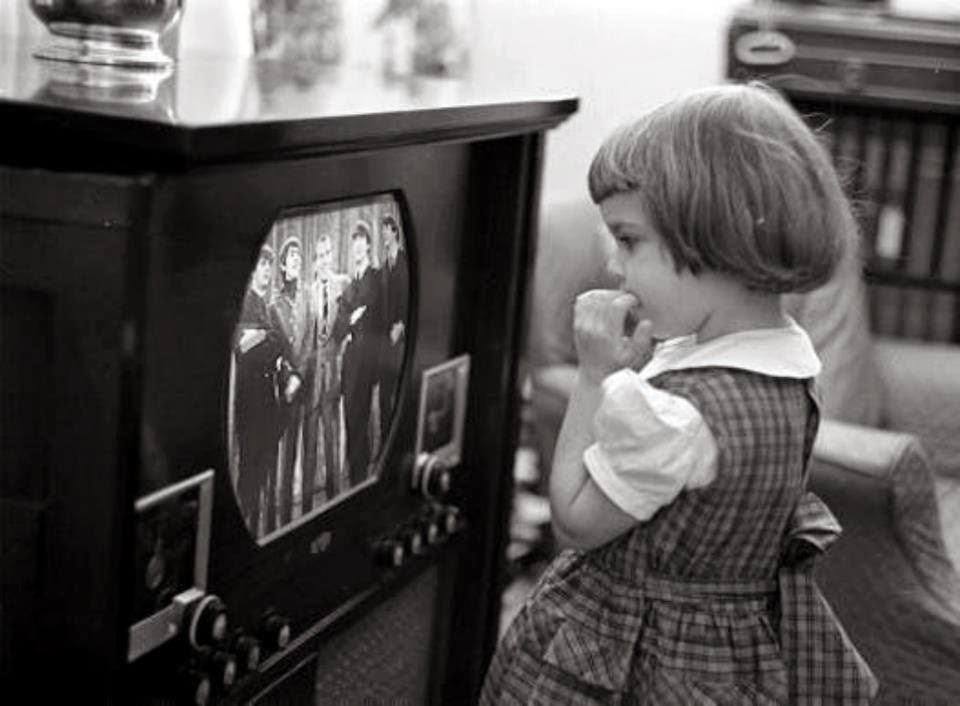 I need to kill some time.  This waiting is making me a bit bonkers and I'm going crazy as a bleedin coconut.  It's this whole thing about releasing my debut album.  Kinda getting impatient.  So let's talk about something else.  Debut albums.  They're a thing right?  I'm scanning my brain for famous debuts and there's only one that really stands out for me.  The Ramones.

Now there are those that would argue that the Beatles debut album was more important and it probably was to someone, but not to me.  I'm talking about that specific piece of of vinyl that is a band's introduction to the listening world..  I remember the Beatles Ed Sullivan debut back in, I guess it was 1964 (I am not fact checking- this is total stream of consciousness and fact checking would be like removing the rapids from the stream-no fun at all!).

Sunday night and I'm in my usual spot on the floor directly in front of the television set at my grandpa's.  We'd eaten our usual farmer's dinner- something like beef roast or chicken, mashed potatoes and gravy veggie, rolls and since it was Sunday an extra special dessert; homemade pie or cake.  In the summer it would have been something like strawberry shortcake or fresh sliced peaches and ice cream.

Pillow gripped tight I wait it out through the opening dance numbers and pray for a decent comedian like Rodney Dangerfield or Don Rickles.  Usually there was some crooner mixed in like Dean Martin or Sammy Davis Jr.  Sometimes these were ok but I suffered through whatever was next to get to the comedians.  Maybe it'll be Red Skeleton! We were unprepared for Ed's next act.

Ed introduces some band from England with the ridiculous name "The Beatles".  From Liverpool which apparently is in England.  People are screaming.  The camera hits the stage where 4 men with absurd mop-top haircuts are standing.  I mean they must be men right?  They're wearing suits.  And the place goes crazy.

I could hardly hear the band for all the screaming.  Girls screaming non-stop and the band just kept shaking their heads and they were screaming "I wanna hold your HANNND! I wanna hold your HANNNND!"  In no way could you call this singing.  The camera keeps cutting to the audience which appears to be 100% female.  They are in distress.  Girls start getting dragged away by security guards. I swear as one of them is practically being carried out she suddenly revives and tries to claw away from the guards to the stage.  She's dragged backwards, flushed, crying as if separation from the source of her distress will end her.  She will never be normal again.  Something has possessed her and she is no longer her own.  Nothing will ever fulfill here again.  Nothing can.

The band raves on and on.  The drummer is perched up high on his pedestal, not a care in the world, hair flying everywhere.  Two singer/guitarists share a microphone and they lean in as they sing a new lyric- "OOOOOOOOOOOH!"  A 3rd guitarist (they all play guitars, no keyboards or horns) stands a bit apart from the others, long hair hanging practically in his eyes!  Back to the 2 at the microphone more "OOOOOOHS!!! and HANNNDS!!!" and under the one to the right who is some type of boy/man with sleepy cow eyes half hidden under his bangs is the caption "HEY GIRLS- HE'S NOT MARRIED!!!"  Against all laws of nature the screaming doubles in intensity.  More girls are hauled away but they just keep breaking free running for the stage, victims of a mad delirium.

Meanwhile, back at the ranch...

We are all glued to the set.  What the hell is this? Not that any of us could say that out loud.  We're a good Catholic family and 'hell' is still pretty much a cuss word.  Mom enters from the kitchen and looks the scene over.  I can't remember exacly what she said about the band, I know she was disgusted by it and amused by their lack of musicianship.  She said the girls were all acting "like idiots".  Then she summed up every parents fear in a single sentence.

"I hope your brother David never grows hair like that!"  Back she went to the kitchen.

Who was the comedian that night?  I'm sure I could google the answer and fill in all the facts.  Did the band play I Want to Hold Your Hand that first night or was it Please Please Me or maybe even Good Golly Miss Molly?  You can check, for me it will always be just as I've written it.  Memory is funny that way.  You carry something with you for 50 years and it's probably not going away.

I know the next week instead of waiting for the comedian to come out I couldn't help but wonder 'When will the Beatles be back?'.

Ramones debut?  That was a good one and I'd love to tell you all about.  Maybe next time.